Learn the basics of organizing your old photos on Google Photos—and why saving your photos in cloud storage doesn’t really count as “backup.”

As anyone who has ever taken a bunch of digital photos would know, getting them organized can be quite an arduous task. Fortunately, Google Photos is particularly great at organizing photos, especially our old ones—and the best part is that it does so in the cloud. 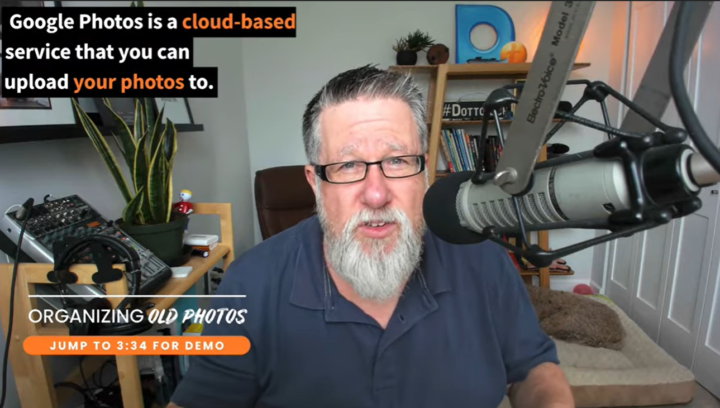 Today, let’s talk about Google Photos, Google's fantastic free photo management tool. (Actually, we have a lot of great tutorials and guides on Google Photos all over the site.) Most people tend to think of Google Photos as their “backup” drive of sorts; as a matter of fact, it’s designed for file sharing.

Google Photos grew out of Google's efforts to create a social network. The basis of Google Photos is really designing a system that's in the cloud. This makes it easy for us to access and share our photos more than anything else.

Google Photos Demo: How to Organize Your Old Photos

Before we begin, understand that when organizing photos with Google Photos, folders don’t mean anything. In fact, you can't even create folders here. You can create albums, but not folders. 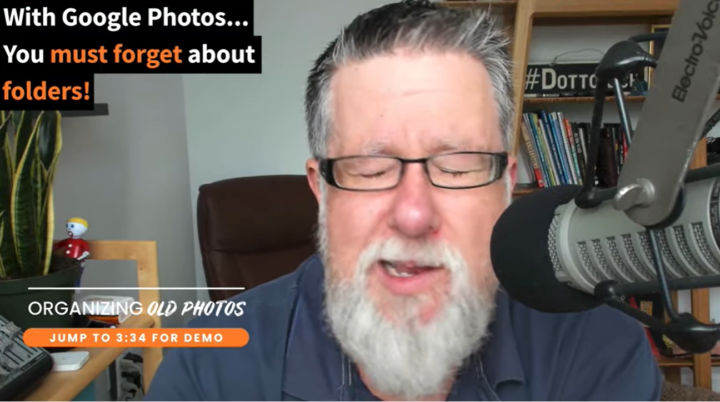 Now, you might be wondering: Well, Steve, what’s the difference? A folder is just an album, right?

Err, not quite. Google Photos is going to organize your images based on the information in that photo: the date and location was taken, as well as if it can identify who is in the picture. 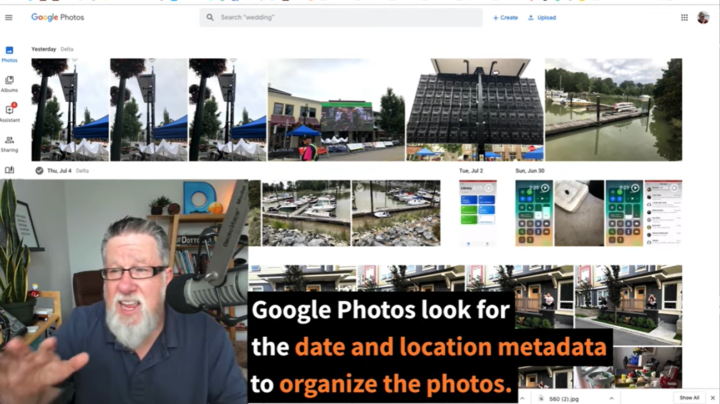 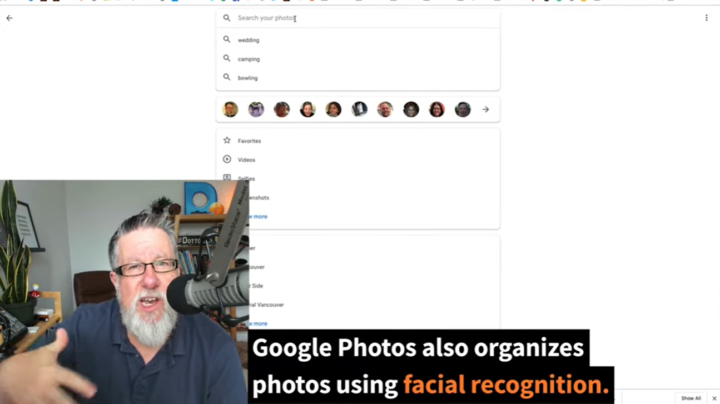 If you’re working with newer photos, it's pretty easy for you to organize them with Google Photos. But when you're scanning in or importing old photos, it becomes a little bit more problematic. And that’s what this demo will show you.

This is my Google Photos account, which has thousands of photos in it. (To no one’s surprise, many of them feature my dog, Farley.) 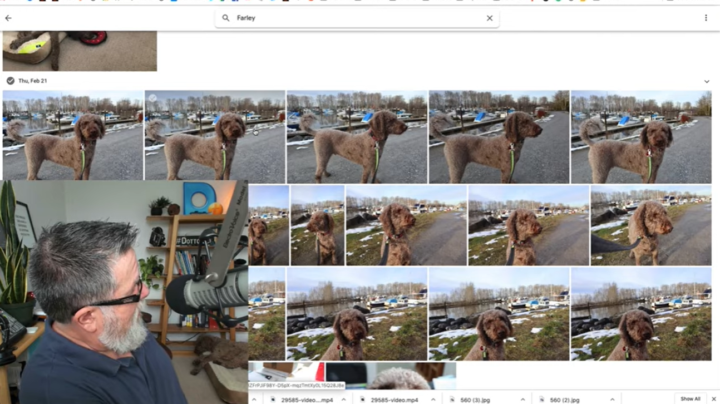 As I mentioned, Google Photos organizes your photos by the data that it finds within those photos. First, and most importantly, is the date a photo was taken, which is incredibly easy when you're using your smartphone to take photos. All of that metadata is recorded, and then when it syncs to Google Photos, all of that information is conveyed.

The question is, what if you’re organizing old photos? For instance, photos taken a decade or two ago, with no metadata regarding when and where they were taken?

This is typically the case when we’re dealing with photos emailed to us, shared with us by our friends, scanned with a scanner, or discovered on some old CD you forgot you even had in the first place. There are a lot of different ways that we bring photos in. Regardless, we should make sure that they have as much meta information as possible as we bring them in, so that Google Photos can better organize them.

For the purposes of this demo, I found a photo of me on Facebook from all the way back in 2010. A decade ago, I was part of a musical. Now, while I’m very fond of this photo, it isn’t in my collection yet.

Problem is, when I download it, it becomes a JPEG file with inaccurate metadata and a rather dumb, Facebook-generated filename. 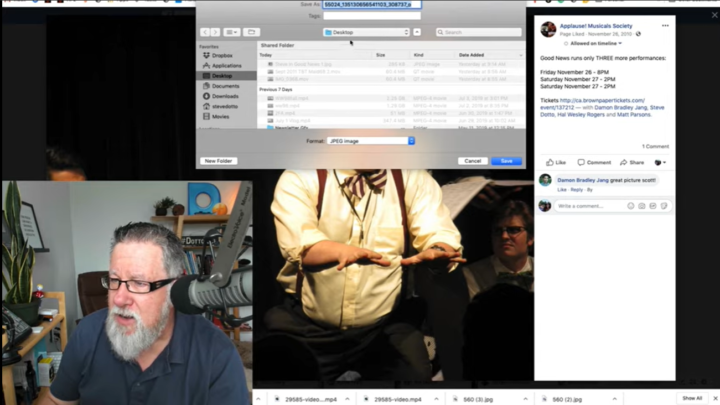 So you simply  upload, navigate to that photo on your hard drive, and then import the photo, and it will bring it in. 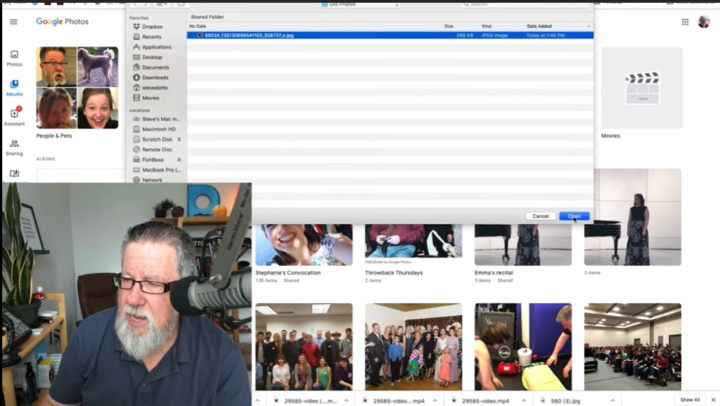 After you import it, Google Photos will ask you if you want to add it to an album. 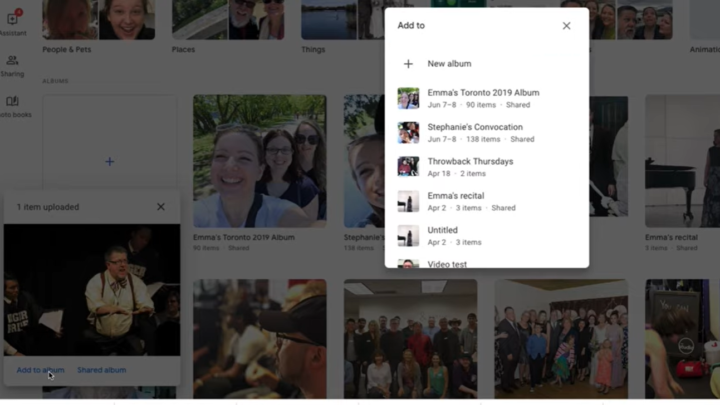 I created a new album, which I called Today's Demo 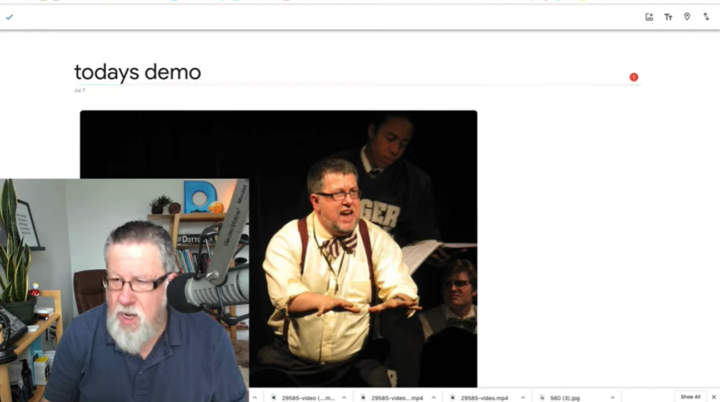 Upon clicking on the photo, I found that the metadata pegged the date it was taken as today.  So now, we’ll show you how you can easily fix that.

Looking at the date it was posted on Facebook, I found that it went up sometime in November 2010.

So the first thing I'm going to do to organize this photo is change the date to 2010. 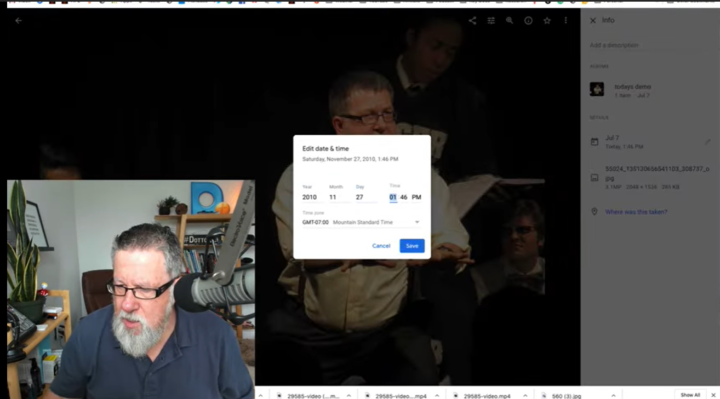 Based on the indicated days that the production was shown, I decided to mark the photo as one that was taken on November 27, 2010. After the date was saved, Google Photos recognized the new date as the date the photo was taken, and thus began to count it as one of my 2010 photos.

Editing and Enhancing Your Photos with Google Photos

Sometimes you're going to want to do some color correction or minor editing of your photos. Make no mistake: Google Photos isn't the world's best photo editor. It can, however, do some basic editing tasks pretty well, like correcting lighting and brightness, adding filters, and so on. 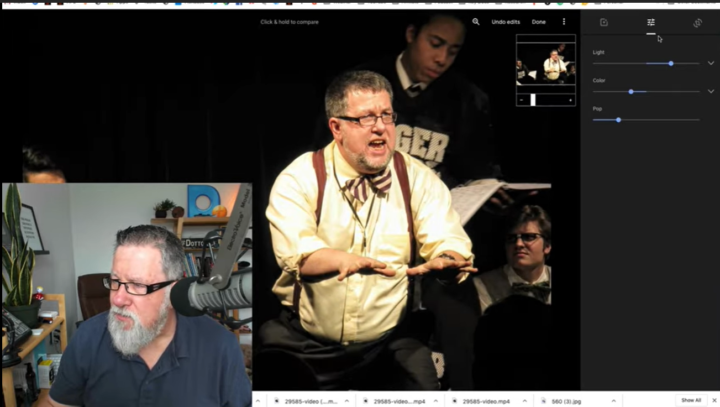 So if you take your time and go through the photos, straighten them out, do a little bit of color correction, and check the metadata on the photos, you’ll make the entire organizing procedure so much easier for you.

Interestingly, Google Photos recognized that handsome fellow in the photo as moi. As you can see on the photo, which I renamed Good News, my face popped up as a tagging suggestion. 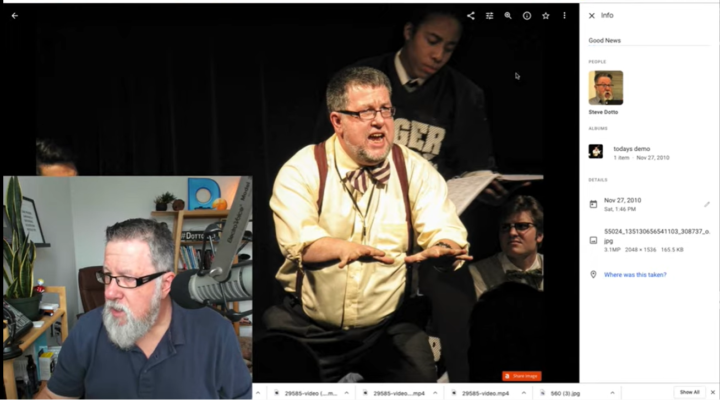 After all of that is done, you can go back to whatever year you set on your photo, and you’ll see your newly edited photo among the other photos you took that year.

Now, a lot of people are under the misconception that by storing your photos in Google Photos, you are backing them up. In reality, though, you are not.

Google Photos is a great photo management tool. And it can be a good backup tool. But it's only a good backup tool, if it is intentionally being used as a backup. Meaning, if you stored your photos somewhere else originally (like an external hard drive or a flash drive), and then you back them up in the cloud with Google Photos.

Basically, what I’m trying to say here is: Don’t put all of your eggs in a single basket. Personally, I have my photos in three places, in case catastrophe strikes.

Otherwise, if Google Photos is the only place where all of these photos live, it's not a backup, it's the original. And if something happens to your Google account, you could lose all of your photos. Pretty scary, huh? 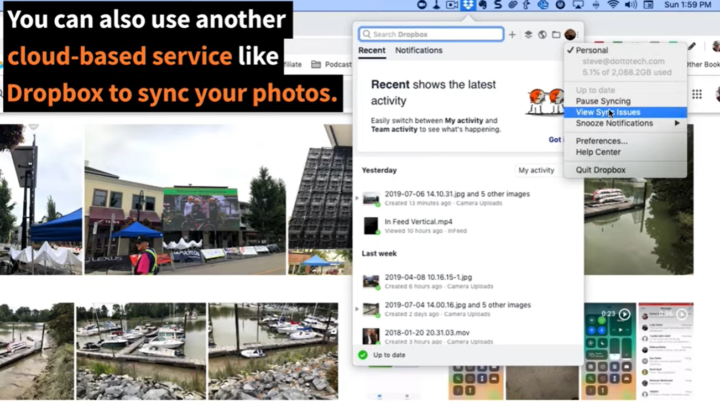 Of course, you don’t have to use hardware to store your photos. You can instead use other cloud-based platforms, like Dropbox (which allows you to import your photos and videos rather seamlessly). 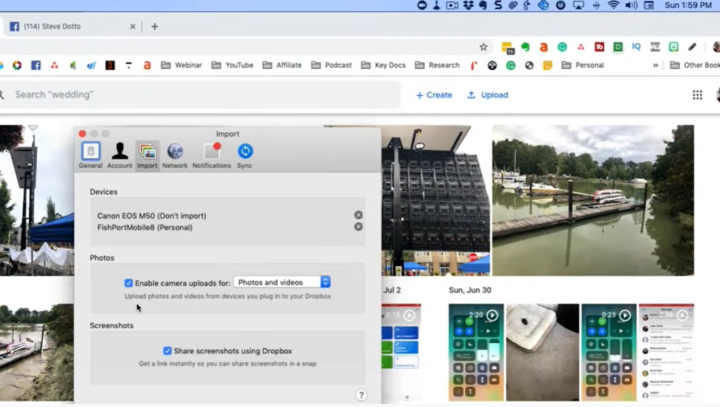 Thanks to how Google Photos organizes our photos—by date, by location, by content, and by album—we end up with an organizational structure that makes it easier for us to catalog old photos and add new ones. It will take a bit of time and more than a bit of effort to set this up properly (and realistically speaking, you may end up never being able to organize ALL of your photos), but it’s still worth it. 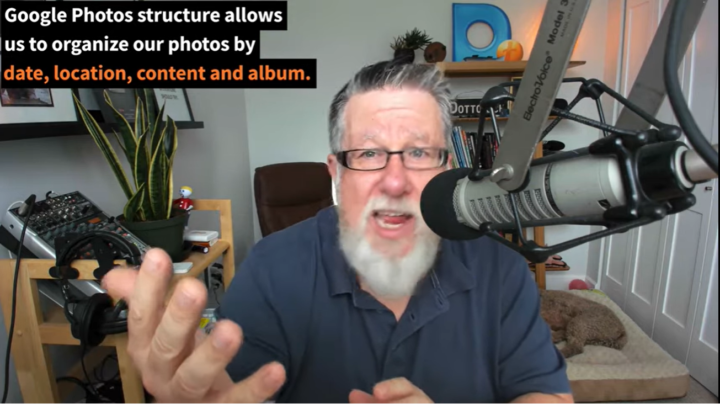 So that’s it. Check out the full demo video here.

Oh, and we’d love to have you at our Webinar Wednesdays—you can sign up here.

Have fun storming the castle!